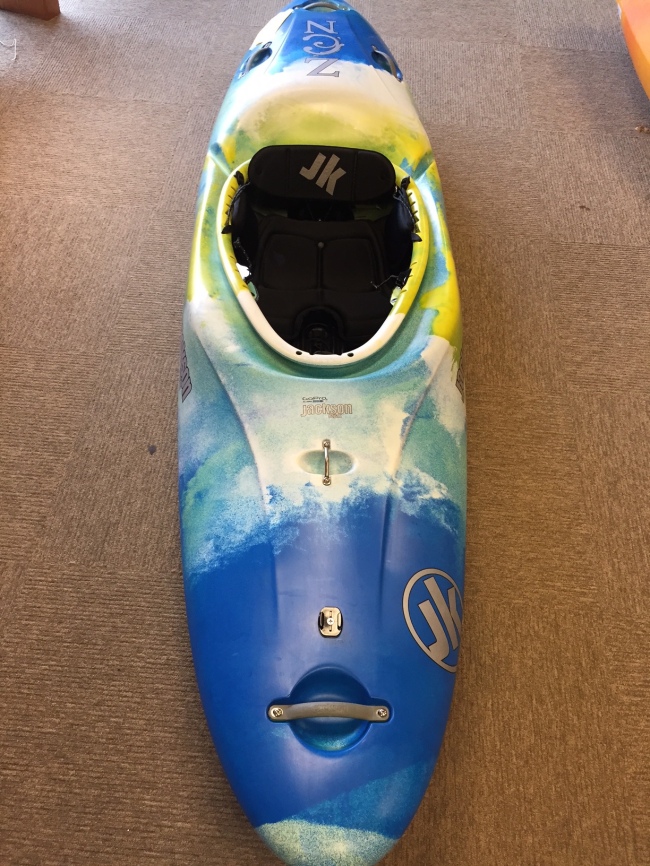 I’ve been eagerly anticipating the arrival of the large 2015 Jackson Kayak Zen for some time. The medium sized prototypes I had initially paddled showed so much promise as a great performing all rounder.

Just short of 9ft with volume estimated to be a little under 90 US gallons, this new large Zen is a departure from the original in both performance and looks. With ample volume bow to stern coupled with a great rocker profile, the Zen immediately appears more creek worthy than the slim lines of the previous version.

The large Zen is dwarfed by the large Dagger Mamba or large Jackson Karma but it fits my 6’4”, 36” inseam and 190 lbs very comfortably but doesn’t give up much more room compared to these other boats although it would certainly handle plenty more weight.

At my weight, the large Zen is a performance creekable river runner that begged to be driven hard into eddies and across hard moves. The Zen is quick to accelerate which made eddy hopping a breeze. The platform is super stable, dry and predictable but when things do go wrong, it rolled super easily. It even surfed well. Put heavier folks in the large Zen and I suspect more of its playfulness will emerge at the expense of its light footed nimbleness.

The 2015 Jackson Kayak Zen has a huge fun factor and may just be the best Jackson Kayak yet for my size and paddling ability. I’m excited to add it to my quiver and see where this large 2015 Zen will take me.