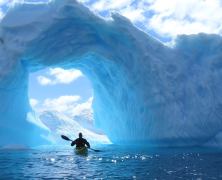 My Antarctic adventure has come to an end and what as adventure it’s been. Since returning to sea to cross the Drake Passage and return to the Antarctic Peninsula, the weather has been unbelievably nice. The wind has died and the sun has been high in the sky rapidly accelerating the growth of the sea […] 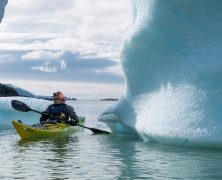 Since my last update, we departed Puerto Williams, Chile and headed down the Beagle Channel and out across the Drake Passage to return to the Antarctic Peninsula. Things are warming up as the short summer takes effect. Penguins are raising their young chicks; the wiener Elephant Seals are growing fast and whales are becoming a […]

South Georgia and the Antarctic Peninsula

After 2 weeks of exploring South Georgia and the Antarctic peninsula, we crossed the Drake Passage, made a pit stop at Cape Horn where the Pacific and Atlantic oceans meet, and then headed into Puerto Williams to resupply and change a few guides and guests. The past few weeks have been nothing short of incredible […]