Attaining upstream is about the easiest social distancing type of whitewater paddling we can do right now. No shuttle needed and no contact with others. But it’s a heck of a great physical and technical workout. Learn the attainment lines on the Nantahala River as I walk you up stream in my Pyranha Kayaks 12R […] 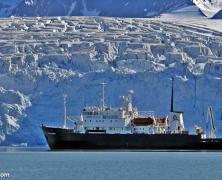 In 1982, Argentina invaded a tiny, inhospitable island in the South Atlantic I’d never heard of. Soon there after, the British Task Force was dispatched to sail south and deal with the situation and as an impressionable teenager growing up in the UK, I spent the next 74 days glued to the TV as our […]

Nestled at the southern foot of the Great Smoky Mountain National Park, Fontana Lakes cool emerald green waters offer a unique venue for a race. While most of the east coast is sweltering in heat, the mountains provide cool respite and an attractive venue for recreationialists, enthusiasts and expert paddlers looking for a mid […] 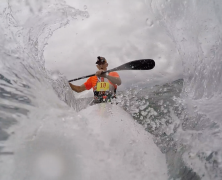 With incredible scenery, almost guaranteed perfect daily downwind conditions, simple fast shuttles, great organization, abundant support from almost all the industry and a well contested competition … you are probably thinking of somewhere in Hawaii, South Africa or Australia. But no … this is the Gorge Downwind Championships in Hood River, Oregon and it is […]

Today we celebrate Olympic Day. Olympic Day was introduced in 1948 to commemorate the birth of the modern Olympic Games on 23 June 1894 at the Sorbonne in Paris. Every year the International Olympic Committee encourages everyone – regardless of age, gender or athletic ability – to get active on 23 June. Olympic Day is […]

Back to the Chattahoochee

The “Back to the Chattahoochee” is an incredibly well executed race and festival organized and presented by Chattahoochee Riverkeeper (CRK) in partnership with the National Park Service and the city of Roswell. The event is organized to celebrate the Chattahoochee and foster a sense of community around the river that serves 3.5 million Georgians and […] 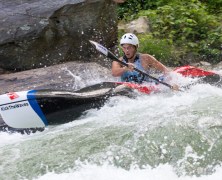 As the Winter comes to a close, so does the Winter series of whitewater races across the southeast. Each of the events wouldn’t be possible without the dedication and support of the host organizations that invest countless hours in the pursuit of delivering these massively successful events. They are a tribute to the health of […]

After a 12 year run, the tried and trusted Dagger Nomad has finally been replaced by the new Nomad (aka Newmad). During those 12 years, what we paddle and how paddle has evolved, so it’s only fitting that this benchmark creek legend finally get to evolve too. Production versions of the large Nomad started rolling […]

Click on that “HD” button to capture all the action in vivid detail.

The fastest whitewater paddlers in the World converged on the Nantahala River last week to participate in the 2015 International Canoe Federation, Junior and Under 23 Wildwater World Championships. Nearly 150 athletes from 13 nations made the pilgrimage to western North Carolina to test themselves against the river and each other, all in the pursuit […]